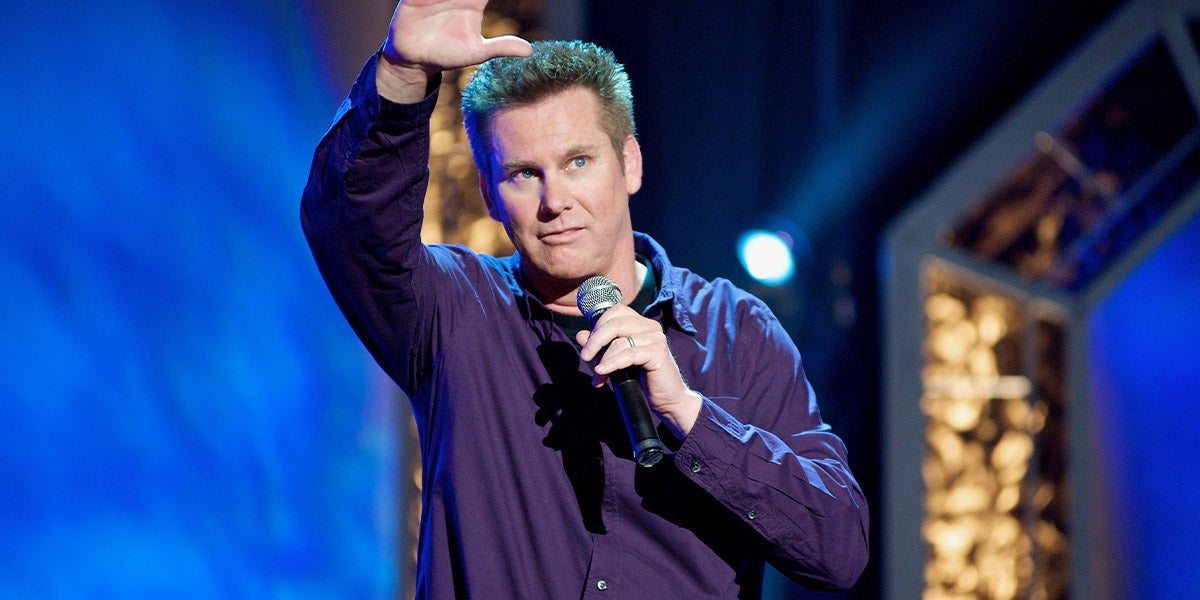 Critics, fans, and fellow comedians all agree - Brian Regan is one of the most respected comedians in the country. Regarded as "the funniest stand-up alive" by Vanity Fair and called "Your favorite comedian's favorite comedian" by Entertainment Weekly, Regan has built a 30-plus year career on the strength of his material. His multi-dimensional talent of stand-up comedy, acting and television producing has culminated in a non-stop theater tour visiting close to 100 cities each year, and now Greenville! Regan premiered his seventh hour-long comedy release in 2017, a Netflix special titled "Brian Regan: Nunchucks and Flamethrowers," alongside Dave Chappelle, Chris Rock, and Jerry Seinfeld. The following year, he starred in his own Netflix series, "Standup and Away! with Brian Regan," combining sketch and stand-up comedy. Most recently, you can catch him in his highly anticipated Netflix special, "Brian Regan: On the Rocks," released February 23, 2021. He appeared on The Late Show with David Letterman 28 times and can also be found as a regular guest on The Tonight Show Starring Jimmy Fallon. On stage, Brian took his act international in 2019 with a London debut at The Leicester Square Theatre, and shortly after made his Kennedy Center debut with two sold-out shows. Regan appeared at Carnegie Hall in 2017, following years of performances in New York City's finest theaters, including Lincoln Center's Avery Fisher Hall, The Beacon Theater, and Radio City Music Hall.

We are committed to a safe and comfortable return to live performances while adhering to COVID-19 CDC recommendations. Please note the following:

Click here to learn more about the COVID-19 safeguards the Peace Center has put into place.

We are committed to a safe and comfortable return to live music while adhering to COVID-19 CDC recommendations. Click here to learn more about the COVID-19 safeguards the Peace Center has put into place.